In this installment of the "Building a Bike From the Frame Up" series, we'll introduce and discuss the differences and subtleties between brake levers designed for drop, flat, bullhorn, and alt handlebars. First, let's get some terminology and specifications out of the way:

Drop Bar Levers
The most traditional style of brake lever for drop handlebars is called Non-Aero. The cable exits the brake lever body out of the top and makes a wide arc around the stem and handlebar before the first cable guide or brake stop. While this style has fallen out of mainstream favor for the "aero" alternative, purists, collectors, and tourers often prefer the non-aero variant for simplicity, ease of maintenance, and aesthetics. Up through the mid-1980's there were several companies making non-aero offerings, each with their own styling, following, and price point: Mafac, Campagnolo, Shimano, Universal, Modolo, Dia-Compe, Weinmann, just to name a few. Personally, I think the differences between the non-aero manufacturers (with the exception of Mafac) aren't significant. They pretty much all look and function very similarly. Mafac's shape was different - much more square and chunky body - often preferred for randonneur-style bikes. Traditionally-speaking, Campagnolo and similar brake levers are often paired with deep drops and sloping ramps. 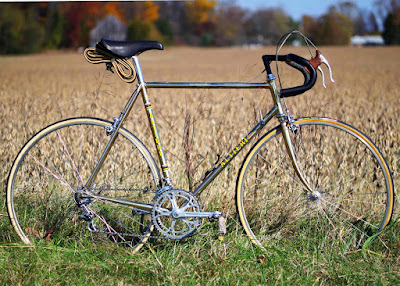 Mafac levers are best paired with traditional Randonneur style bars where the ramps are long and parallel with the ground. 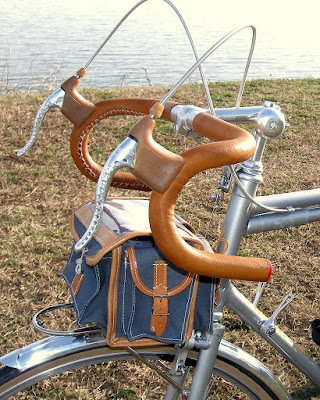 In the mid 80s, levers with the housing routed underneath the handlebar tape, dubbed "aero", were becoming more mainstream. While Dia-Compe was likely the first company to release a consumer aero brake lever, Shimano did have the Dura-Ace AX brake lever with aero routing in the early 80s. I actually find the evolution of the aero brake lever fascinating. At first, they were basically re-drilled non-aero bodies (same bottom cable entry and all), but over time cable entry changed to the more modern forward entry and body lever shapes were under experimentation. My favorite is Modolo's aptly named Kronos series. Check out the beautifully smooth line from the ramps to the brake hood and continuing to the lever. 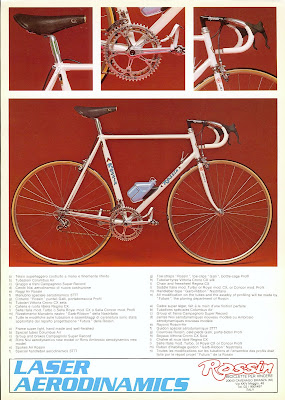 If you're one for bar-end or downtube shifters or no shifters, your selection for aero levers is plentiful. The Tektro RL340s are popular for their shape and quick release cable tension button. If you want fancy, the Campy Record levers are sublime.  With the introduction of integrated shifters, sometimes called "brifters" (the less this word is used the better), aero levers and subsequently handlebars have become more ergonomic for long times in the saddle. Handlebar ramps and brake hoods are typically parallel with the ground and feature gradual transitions. 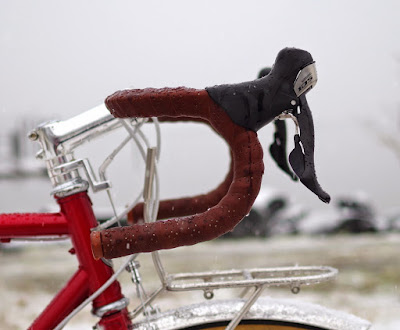 For cross racers and city riders, Interruptor Brake Levers are very popular. These brakes are installed inline with aero levers and allows for braking to occur from the tops of the handlebars. They push housing rather than pull cable, so they function a bit differently than the main lever.

These should not be confused with "suicide levers" that were used on non-aero brake levers. These extensions were notorious for poor brake performance and flexible materials. 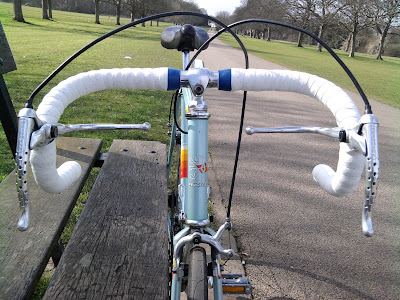 Guidonnet Levers were often seen on French cyclotouring bikes. Mounted on either side of the stem, they allowed for plenty of room for a large handlebar bag in addition to easy lever access from the ramps and tops. The downside is that you can't reach the levers from the drops. We used to sell Dia-Compe's version of these way back when, but everyone who wanted a set got one. 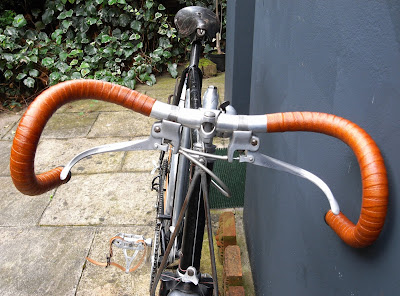 Bullhorn handlebars are still used on triathlon and time trials bikes for their aerodynamics and simple shape. The most typical brake lever setup are inverse levers. They are inserted into the end of the handlebar and expand, similar to how bar-ends are installed. 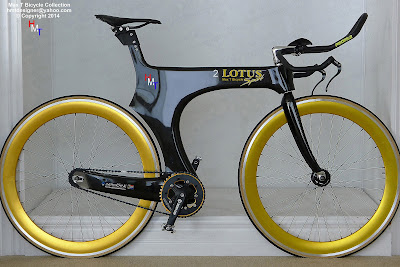 Riders would often put aero levers on the ends of their bars, too. 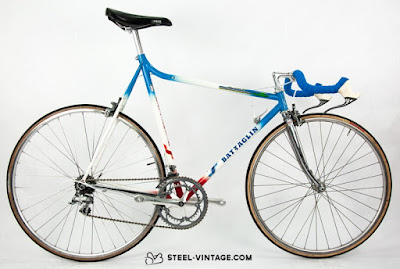 City and Mountain Bars
Typical city and mountain bars use a 22.2mm outer diameter grip area, which means pretty much any city or mountain brake lever will work. The Tektro FL750 brake levers are extremely popular for their similarities to vintage CLB city levers. 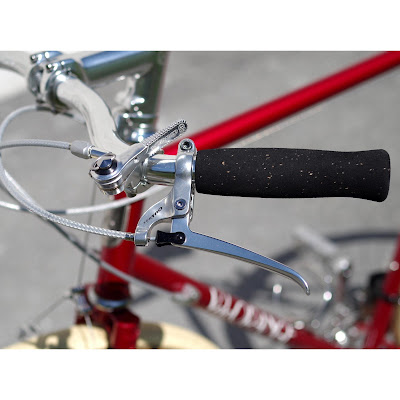 We offer several of our city handlebars and subsequently brake levers in a 23.8mm grip area so that road-style components such as bar-end shifters and inverse levers can be used. 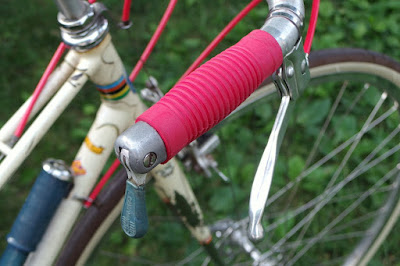 The important part of city and mountain brake levers is to select a lever that is compatible with your brake's cable pull requirements: Regular or Linear. Regular pull is what you would use for caliper, cantilever, centerpull, and any "road" style brake. Linear is what you would need for Shimano's V-brake or any other linear pull brake, most commonly seen on mountain bikes. These pull ratios are not interchangeable. If you use regular pull levers on a linear brake, the lever will not be able to pull enough cable before the lever bottoms out. Vice-versa, you will need to pull the lever significantly harder to stop. Both of these scenarios should be avoided. Our Grand Cru Brake Levers are one of my favorites. Not only are they compatible with 23.8mm and 22.2mm handlebars with included shims, they're also available in both regular and linear pull. 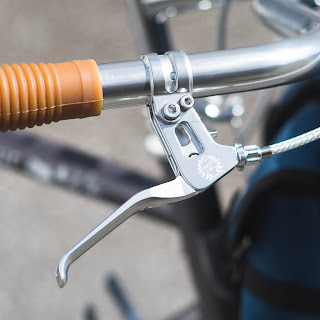 If you're using a 23.8mm handlebar, you can also use inverse levers like these by Dia-Compe or Tektro. By moving the brake lever to the end of the bar, you're afforded more room on the handlebars for grips and shifters and frankly, I like how they look. 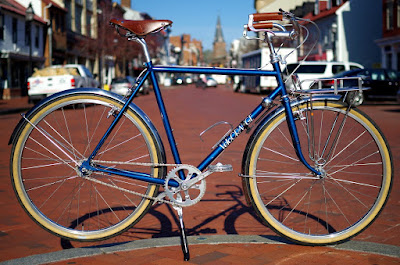 Alt-Bars
Ok, things are about to get weird. Alt-bars are alternative bars. They don't really fall into drop bars or flat bar categories, and often have non-traditional shapes.
Our Crazy Bars are a perfect example. The grip area that sweeps back is 22.2mm, but the forward extensions use a 23.8mm grip area. This allows riders to mount bar-ends or even road shifters up front. Part of the fun of alt-bars is the wacky setups people make with their controls. 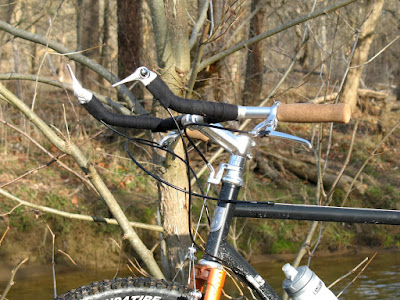 Trekking/Butterfly Bars are the original alt-bar. While they have a 22.2mm grip area, brake levers can be placed almost anywhere to suit the rider's preference. There's no wrong way to set them up! 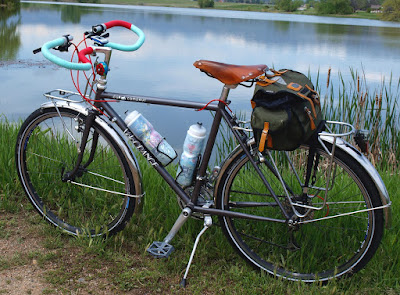 More from: bike build tips and tricks wrenching
Back to Articles - Explore Our Favorite Write-Ups